While thousands of hikers joined in during the cross-country trek, a core group of 40 backpackers went the distance, which led to the development and creation of the American Discovery Trail 10 years later. Organizers Jim Kern (founder of the Florida Trail), Bill Kemsley (Backpacker founding publisher) and Paul Pritchard (former Deputy Director of the U.S. Department of Interior) were on hand for the exhibit opening. 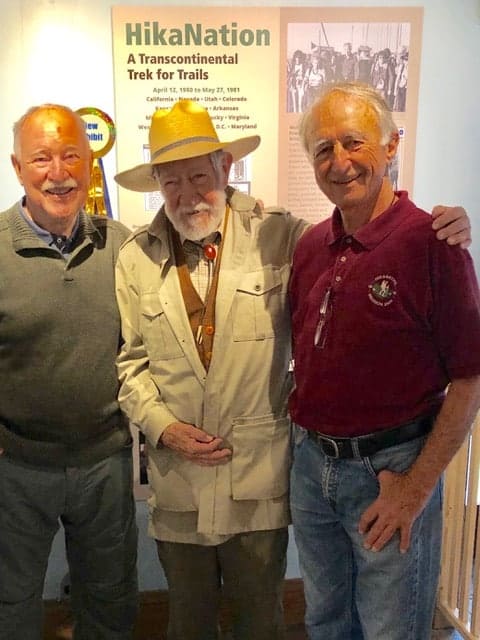