The highlight of the gala was the induction of the 2014 class of the Appalachian Trail Hall of Fame. The honorees were: A. Rufus Morgan of Franklin, North Carolina; Charles R. Rinaldi of Boca Raton, Florida; Clarence S. Stein of New York City, New York; and Pamela Underhill of Harpers Ferry, West Virginia. Complete details on the 2014 class are available at the Museum’s website: www.atmuseum.org 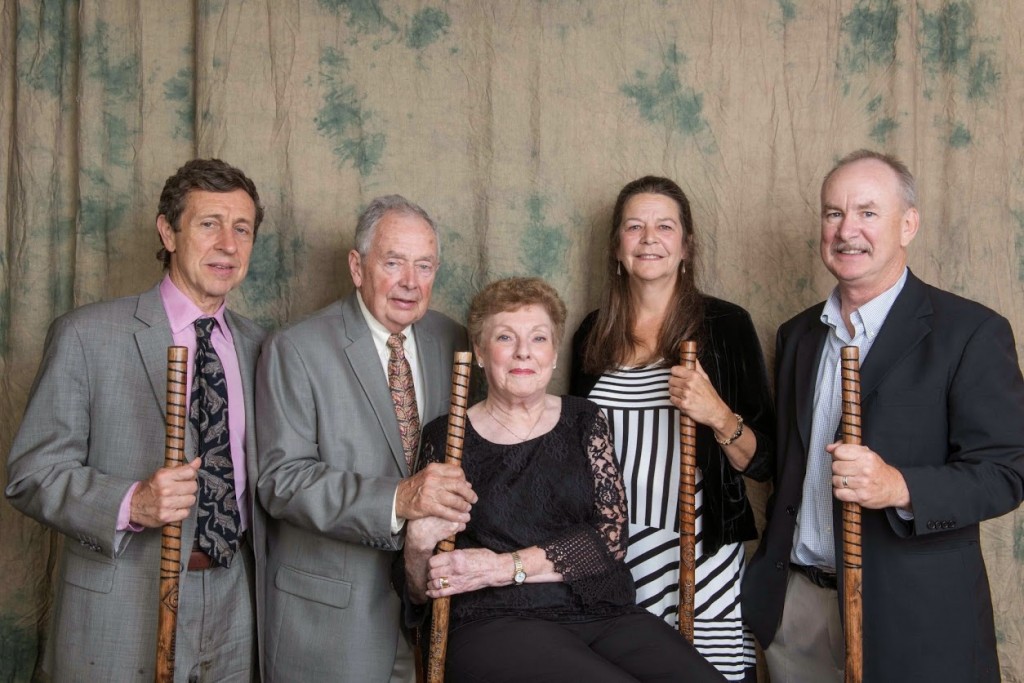 The Museum gave two additional awards, which were not announced prior to the event. Robert Croyle of Savannah, GA, known as “Red Wolf”, was honored for his many years of support to the Museum. Red Wolf serves as Membership Secretary of the Museum and is a board member. Larry Luxenberg, Museum founder and President, said: “Red Wolf was involved from the beginning with the movement to start the Museum. He plays an important role in keeping track of our members, sending out communications and getting donations.

Master carver John “Bodacious” Beaudet was also honored. Beaudet, of Flag Pond, TN, has carved the custom made hiking stick awarded to every person inducted into the A.T. Hall of Fame since it began in 2011. Jim Foster, Chair of the Hall of Fame Committee, said: “We’ve been trying to get Bodacious to come up to the Banquet since we started the Hall of Fame, and we are thrilled to finally give him the recognition he deserves.”

During the Banquet reception, author Richard Judy signed copies of his book “Thru: An Appalachian Trail Love Story”. Judy’s book is the first one to be published by the Appalachian Trail Museum. All profits from the book will go to the Museum.

The emcee of the Banquet was Cindy Adams Dunn, President & CEO of PennFuture, one of Pennsylvania’s leading environmental organizations. Randy “Windtalker” Motz entertained during the reception. Windtalker performed his unique contemporary style of Native American flute music described as “Native Soundscapes”, accompanied by beautiful photos of the Appalachian Trail. Ronald J. Tipton, Executive Director and CEO of Appalachian Trail Conservancy, delivered remarks prior to the induction. Mr. Tipton also accepted induction into the Hall of Fame on behalf of the late Clarence S. Stein.

The Hall of Fame weekend continued with a festival on Saturday, June 7, National Trails Day at the Museum’s home in Pine Grove Furnace State Park. The Museum hosted a 40th reunion of thru-hikers from 1974. They each spoke about their trail experiences and what it has meant in their lives. In addition, the speakers included David Sherman, who was inducted into the Hall of Fame last year. John Beaudet gave a demonstration of his carving techniques. During the weekend more than 500 people attended the events sponsored by the Museum, making it one of the biggest National Trails Day events.