Hike the Hill® 2019 Wraps-up with Senate Passage of Public Lands Package, including LWCF 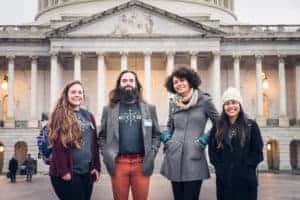 A whirlwind Hike the Hill® just concluded with major victories and breakthroughs on legislation impacting hikers, other trail users, and lovers of public lands. This February over 120 advocates, including American Hiking Society’s NextGen Trail Leaders, hikers, and leaders of trail organizations from as far as Alaska and Hawaii converged on Washington, DC to make your needs as hikers heard heard. In meetings with Senators, Representatives, and top agency officials, advocates called for the protection of public lands through the full funding of trails, the permanent reauthorization of the Land and Water Conservation Fund (LWCF), and passage of the Senate Public Lands Package.

NextGen Trail Leaders led the charge and brought along thousands of social media followers from across the country to join their advocacy efforts. Trail Leader Karen Ramos met with her representative Salud Carbajal (D-CA-24) to share her work with an indigenous-migrant community on the central coast and invite the representative to join American Hiking for a National Trails Day® event. Furthering the meeting’s success, Rep. Carbajal joined the House Trails Caucus on the spot. Trail Leader Kaci Stringer welcomed her newly-elected representative, 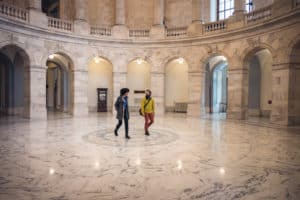 Steve Watkins (R-KS-2), to Congress and secured a commitment from his office to support the Senate-passed public lands package, including LWCF, when brought up for a vote in the House. 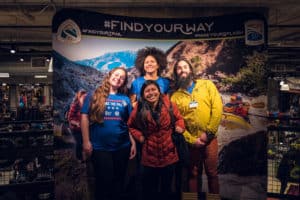 Hike the Hill® was brought to an energizing conclusion with a party hosted at REI’s DC flagship store to celebrate the work of trail organizations and our federal agency partners, make new connections, and encourage collaboration with the broader recreation community. U.S. Forest Service Chief Vicki Christiansen, and other agency leaders joined us and brought a renewed commitment to our trail systems. Topping off the night was the passage in the Senate of the bipartisan public lands package, which includes: permanent reauthorization of the LWCF; the Every Kid Outdoors Act, ensuring free access to public lands for all fourth graders and their families; and improved access to the North Country and Lewis and Clark National Scenic and Historic Trails. 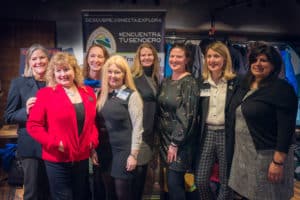 The work isn’t over! You can continue the efforts from Hike the Hill® by telling your Representative to support passage of the Senate-passed Public Lands Package, including LWCF. We’re so close to getting this done (a vote in the House is possible the week of February 25)! Now is the time to add your voice to the effort!