Every so often Congress overcomes its partisan battles and joins together to enact critical legislation. Today is one of those days! Congress just passed a Public Lands Package (S.47) in nearly unanimous bipartisan fashion (92-8 in the Senate and 363-62 in the House of Representatives). The legislation is far-reaching in scope (read it all here). Among the many provisions it creates new National Monuments honoring civil rights icons and Civil War heroes, provides over 1.3 million acres of new wilderness designations, and prohibits mining near two National Parks. Highlighted below are some of the key provisions for hikers and public land lovers.

The biggest provision of the bill is the permanent reauthorization of the Land and Water Conservation Fund (LWCF). LWCF is America’s most important program to conserve irreplaceable lands and improve outdoor recreation opportunities throughout the nation. The program has funded nearly one thousand trail projects and thousands of other projects ranging from National Parks, Forests and Wildlife Refuges to community parks and ball fields in all 50 states. LWCF funding has provided for the completion of the Appalachian Trail and the building of major segments of the Pacific Crest Trail, and at least ten other National Scenic and Historic Trails.

Until now, LWCF had to be rereauthorized every few years but amid congressional gridlock the program was constantly at risk of expiring. This uncertainty placed conservation projects funded by LWCF in jeopardy. With permanent reauthorization we no longer have to worry about the program expiring.  Projects relying on LWCF funds can now plan ahead to ensure conservation efforts continue. While dedicated funding for LWCF is still needed, permanent reauthorization removes a major barrier for the LWCF. 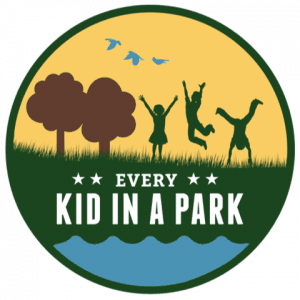 Included in the Public Lands Package, the Every Kid Outdoors Act congressionally authorizes the Every Kid in a Park program.  This program provides every fourth grader and their family free access to all federal public lands and waters. Hundreds of thousands of students have taken advantage of the program since it began. The program introduces the next generation to outdoor recreation and fosters lifelong service to and enjoyment of our most treasured natural resource. With the bills passage this program can continue to provide access to our public lands for years to come.

The new law extends two trails within the National Scenic and Historic Trails system,making this trail system truly nationwide (extending to all 50 states with the inclusion of Indiana). The North Country National Scenic Trail will now connect with the Appalachian Trail in Vermont and be rerouted in Minnesota to its originally envisioned (and more accessible) route. The Lewis and Clark National Historic Trail is also expanded, extending into six new states reflecting the travels of the historic Lewis and Clark Expedition in the early 1800’s.

The passage of this legislation is due in large part to the work of AHS members and supporters and other passionate hikers and public lands advocates who made their voices heard by contacting their elected officials through emails, calls, postcards, social media, and in-person at Hike the Hill® to tell Congress how important our public lands are. AHS members alone made thousands of contacts with elected officials. We remain committed to fighting to protect and preserve public lands and trails and hope you will continue to join and support our collective efforts.